UPDATE: RIM has provide documentation on the blackberry-tablet.xml located here.

I created a simple example application (BlackBerryTabletXMLOptions) that displays a smiley face image to the screen to talk about a couple of the attributes in the blackberry-tablet.xml file. 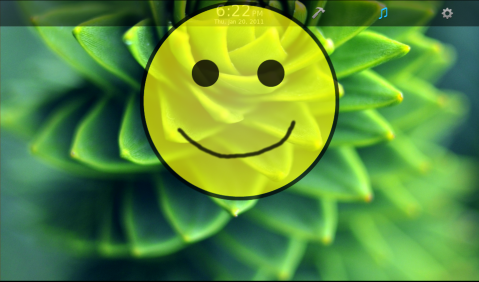 You might be wondering how I got an application to show up over the main interface of the PlayBook. Well lets take a look at the blackberry-tablet.xml:

What makes this work is the “transparent” attribute set to true. This allows your application to render transparently over the main interface of the playbook. The other attributes in the xml file to call out are “category”, “icon.image”, and “splashscreen”. First the category allows you to set the values: core.media, core.internet, core.games, and core.utils. This category value is used to place the application and its custom icon defined in the xml above in the application categories that show up on the main screen of the PlayBook. See below that the BBTabletXMLOptions application is installed in the Media category area. 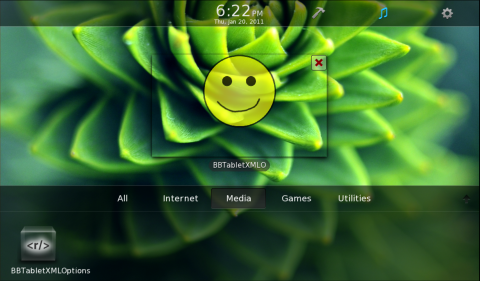 The splashscreen is the last attribute that is in this application. It takes a 1024×600 image that is shown before the application is activated.